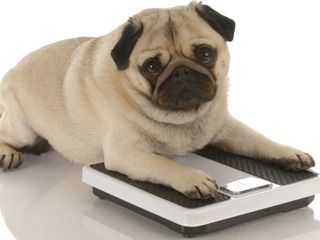 FRIDAY, May 13 (HealthDay News) -- Like all good pet owners, Christine Wong didn't hesitate to go to a veterinary clinic near her home in Austin, Texas, when her cat, Kiki, wasn't feeling well.

After running a blood and urine test, the doctor discovered the Persian-mix feline has diabetes.

Diabetes is on the rise as America's cats and dogs grow fatter, according to a new report by Banfield Pet Hospital, a national chain of pet hospitals headquartered in Portland, Ore. Since 2006, diabetes jumped 32 percent in dogs and 16 percent in cats, says the report, which analyzed trends in common and preventable illnesses from the past five years.

Just as in people, diabetes is often linked to obesity and may require lifelong monitoring and treatment. This is a new sentence.

"The most important thing we can do for a cat with diabetes is getting it on a weight loss program," said Dr. Denise Elliott, a veterinarian with Banfield.

"We know that if we can get the weight off in conjunction with insulin injections, in many cases we can resolve the cat's diabetes," she added.

For the report, researchers crunched data from the records of 2.5 million dogs and cats cared for last year in its 770 hospitals nationwide.

Symptoms of diabetes in both dogs and cats may include excessive urination, increased thirst and weight loss, despite a hearty appetite. If not detected and treated early, dogs in advanced stages of the disease might develop cataracts and cats may experience hind-limb weakness, Elliott said.

There are two types of diabetes mellitus. Dogs often get type 1 (insulin-dependent), which is similar to the form seen in children, in which the pancreas produces little or no insulin, a hormone that helps cells turn sugar into energy. Breeds prone to the condition are bichon frise, cairn terrier, dachshund, keeshond, miniature poodle and puli.

Cats are commonly affected by type 2 diabetes, or non-insulin dependent, in which the pancreas produces insulin but the body does not respond normally to it. At-risk breeds include Maine coon, Russian blue and Siamese.

For dogs with diabetes, it's usually a lifelong battle. Along with a special diet, they typically need insulin injections twice a day, veterinarians say. Once clinical signs resolve, blood glucose concentrations are monitored every three to four months to determine if changes to the treatment plan are necessary.

But the outlook for dogs is good. "Typically dogs that are treated properly for diabetes go on to live a long, full life," said Dr. Charles Wiedmeyer, assistant professor of veterinary clinical pathology at the University of Missouri in Columbia.

Wiedmeyer and colleague Dr. Amy DeClue, assistant professor of veterinary internal medicine, recently adapted a device used to monitor glucose in humans to help dogs with diabetes that don't respond well to conventional treatment. Continuous glucose monitors (CGM) are flexible devices inserted an inch or so into the skin to provide detailed information on sugar levels.

Using a CGM, a dog's blood sugar levels can be monitored at home in everyday situations rather than in a cage at the animal hospital, they say. Normally, veterinarians create an insulin regimen by taking blood from the animal in the clinic every two hours over the course of a single day. But test results are often inaccurate, he said, because of stress felt by pets from being in an unfamiliar environment.

Adapting to the needs of a diabetic pet isn't easy. When Kiki, Wong's cat, was diagnosed three years ago with diabetes, the toughest part was getting used to giving the insulin shots, Wong said.

Now it's a breeze, she noted. Kiki receives insulin injections every 12 hours -- before Wong leaves for work and when she returns home -- plus occasional check-ups and a modified diet.

It costs Wong about $65 a month to manage her pet's disease. But she doesn't mind the added cost or extra time spent in caring for Kiki.

"In the end, she and I are definitely closer for all of it," said Wong. "She lives well and seems healthy and happy these days, far from the end. And this makes it all worth it."

You can find out more about managing diabetes in your pet at the Washington State University College of Veterinary Medicine.